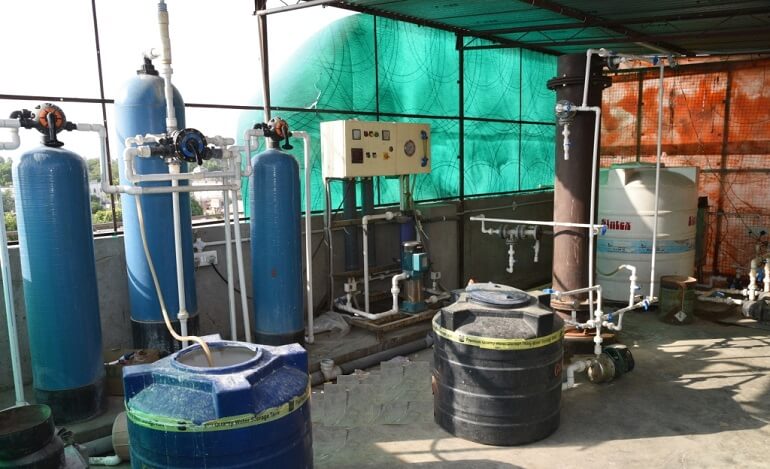 Phoenix Hospital uses Water Treatment Plant to make water more acceptable for a specific end-use. It uses for the industrial water supply and in the Washroom which includes safely returned to the environment. Phoenix Hospital Water treatment Plant removes contaminants or reduces their concentration so that the water becomes fit for its desired end-use.

Water Treatment Plant removes undesirable chemicals, biological contaminants, suspended solids and gases from contaminated water. The goal is to produce water fit for a specific purpose. Most water is disinfected for human consumption (drinking water) but water purification in phoenix hospital is designed for a variety of other purposes, including fulfilling the requirements of medical, pharmacological, chemical and industrial applications. The methods which we use includes physical processes such as filtration, sedimentation, and distillation; biological processes such as slow sand filters or biologically active carbon; chemical processes such as flocculation and chlorination and the use of electromagnetic radiation such as ultraviolet light.

Purifying water reduces the concentration of particulate matter including suspended particles, parasites, bacteria, algae, viruses, fungi, as well as reducing the amount of a range of dissolved and particulate material derived from the surfaces that come from runoff due to rain.

Here in Phoenix Hospital, Water Treatment Plant has the Reclaimed Water Process also which is also called Recycled Water that is treated to remove solids and impurities, and used to meet commercial and industrial water needs, and for drinking. The purpose of these processes is water conservation and sustainability, rather than discharging the treated water to surface waters such as rivers and oceans. From this, we help in saving the Nature Energies also and contributing the Indian Government Health and Energy Tribunal.