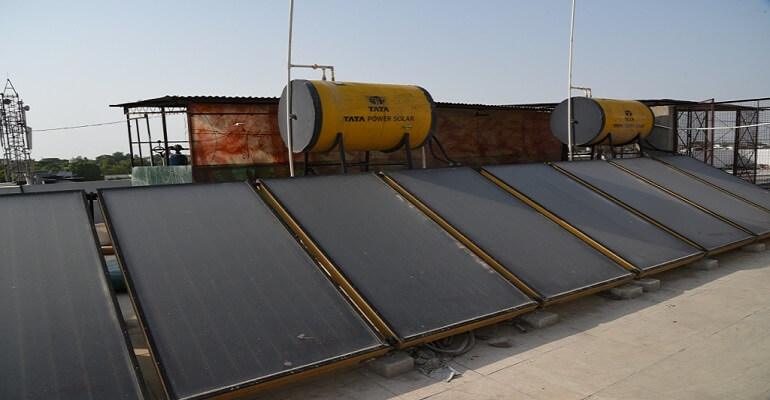 Phoenix Hospital uses Solar Power Panel to heat the Water supplying in the different – different area of Hospital. Phoenix Hospital contributes the country in saving the Power Energy by installing the Solar Panel in their premises. Solar Panel refers to a panel designed to absorb the sun's rays as a source of energy for generating electricity or heating.

In Phoenix Hospital, a photovoltaic module is a packaged, connected assembly of typically 7×14 solar cells. Solar Photovoltaic panels constitute the solar array of a photovoltaic system that generates and supplies solar electricity in Phoenix Hospital. Each module is rated by its DC output power under standard test conditions, and typically ranges from 100 to 365 watts. The efficiency of a module determines the area of a module given the same rated output – an 8% efficient 230 watt module will have twice the area of a 16% efficient 230 watt module. A single solar module can produce only a limited amount of power; most installations contain multiple modules. Here in Phoenix Hospital, A photovoltaic system typically includes a panel or an array of solar modules, a solar inverter, and sometimes a battery and/or solar tracker and interconnection wiring.